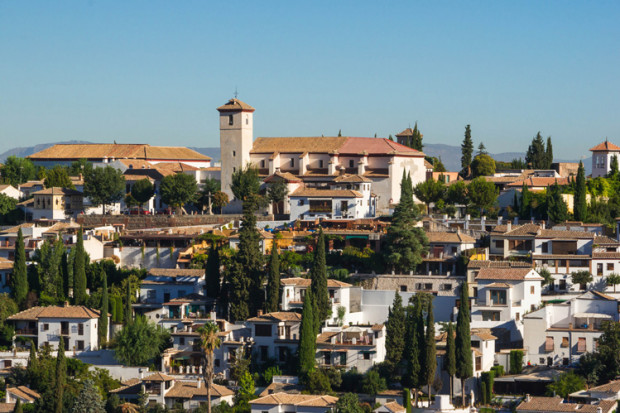 Back in early 2010, I spent a month living in Granada, one of the most southerly parts of Spain. Despite daily rain and the first snow in decades (this was Spain’s worst winter in living memory), I was enchanted by the place. The incredible Alhambra palace, the intricate Moorish drainage systems, the gypsy caves, the jamon, the tiles, the mountains, the bustling food markets and the wonderfully simple tapas – it was sensory overload. One of the more surprising treats was the local beer, which I had never before encountered – Alhambra beer. I had never found Spanish beer remarkable in any way, but this was different, managing to be crisp and refreshing but simultaneously rich and malty. Alhambra is a beer which is sadly overlooked in the UK, so when Mahou asked the GLC to create its own tapas dish to pair with Alhambra Reserva 1925, I positively jumped at the chance to spread the word! So, to the recipe. Most of the tapas I had in Granada – one of the few remaining places in Spain, by the way, where tapas is still served as a free bar snack in many pubs – centred around jamon, peppers, prawns, snails and Spanish cheeses. However, I wanted to make something seasonal and English, which wouldn’t be out of place in Spain, and could also be enjoyed with a bottle of Alhambra. I had some young courgettes flowering in my garden, which inspired me to create a GLC version of a beautiful dish I have had in a few places, most notably the fantastic Salt Yard. This dish also uses Alhambra beer as an ingredient. Not too much though, you’ll want to keep it for drinking.

If, like me, you’re not good at following recipes, you basically need to do five things: Ingredients
To serve 1-2 people as a tapas dish. “After” – a better food stylist would have scattered a few herbs on there.