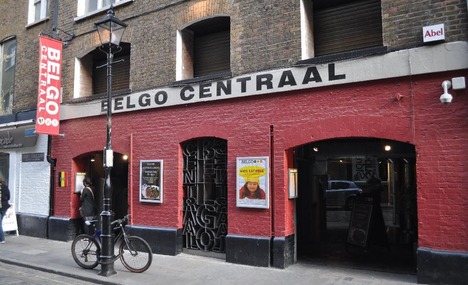 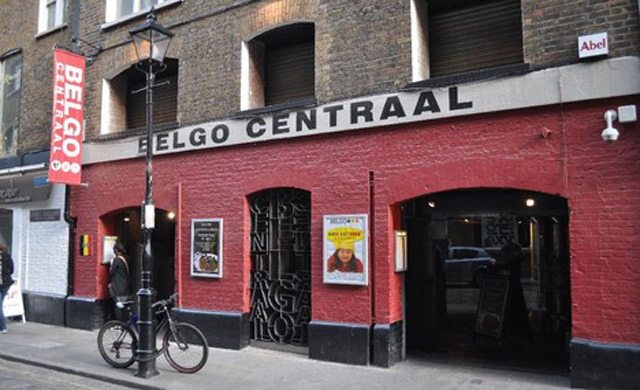 Moules, frites and beer at Belgo in Covent Garden

Belgo is an established chain of Belgium restaurants based in London, famous for their moules, frites and strong continental beer. I’ve visited many Belgo’s over the years and have always enjoyed the experience, and Belgo’s in Covent Garden has always been my favourite.

Located just off Neal Street near Covent Garden tube, the entrance into Belgo sets the mood for the evening. Stepping through a large glass wall you’re confronted by an often frenetic room filled with diners jostling for position to either confirm their table or grab a space at the small bar area used to both pacify and hold expectant diners.

Once your table is announced, you’re ushered into an industrial looking, caged lift and dropped smack-bang into the middle of the restaurant where you’re confronted by a subterranean world of noise, energy and food. 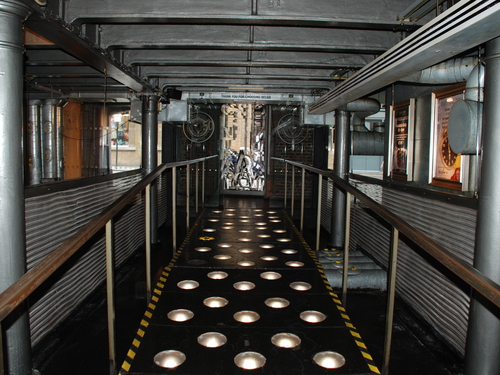 Without wanting to sound too obvious, food features prominently at Belgo. To start with, the restaurant and informal dining areas are adjoined by a large, open plan kitchen awash with cooks preparing the inevitable orders of moules and chips, followed by the obligatory waffle. Directly opposite the kitchen is a runway of large trays, some prepped with orders, others not, all waiting to be carried to their expectant diners.

The underground restaurant has a distinctly medieval, cellar-like feel to it and you would be forgiven for thinking you were in Bruges. The ambiance is rounded off by the waiting staff wearing monks habits. The tables are close together, it’s busy and loud with new diners marvelling at the experience and being instructed on the simplicities of the menu, along with seasoned Belgo’s diners ordering their pre-ordained moules with a slight deliberation over what sauce to choose and what beer to sample. 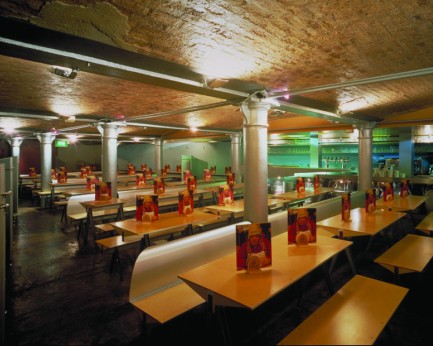 Cue the monks and the runway of trays; the moules are served in a typical stainless steel pot and are always exceptional. Heaven knows how many moules Belgo gets through in a night, but it must be a lot, and that’s because they taste fantastic, never too dry, always just right. I went for the white wine, celery, garlic and onion sauce. The sauce itself nestles in the bottom of the bowl so you can pick the first few moules out before the dunking begins. Following our main, we tucked into a waffle and ice cream to top things off. 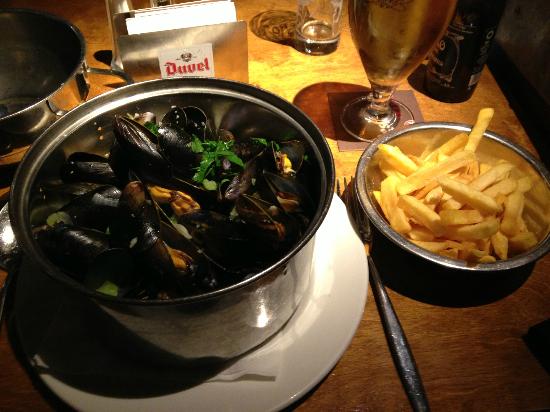 The other thing about Belgo is the amount of fun everyone’s having. It’s not uncommon to see long wooden racks of multi-coloured shots being carried, amongst the trays of moules, over the heads of diners. Needless to say this adds to the noise as the evening progresses. Walking back past the kitchen and into the industrial lift to leave the restaurant, you can’t help feeling you’ve had a great night out and you’ve just added a permanent feature to your list of regular haunts.