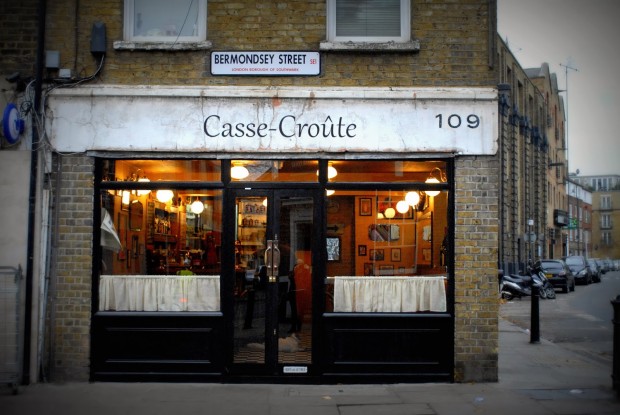 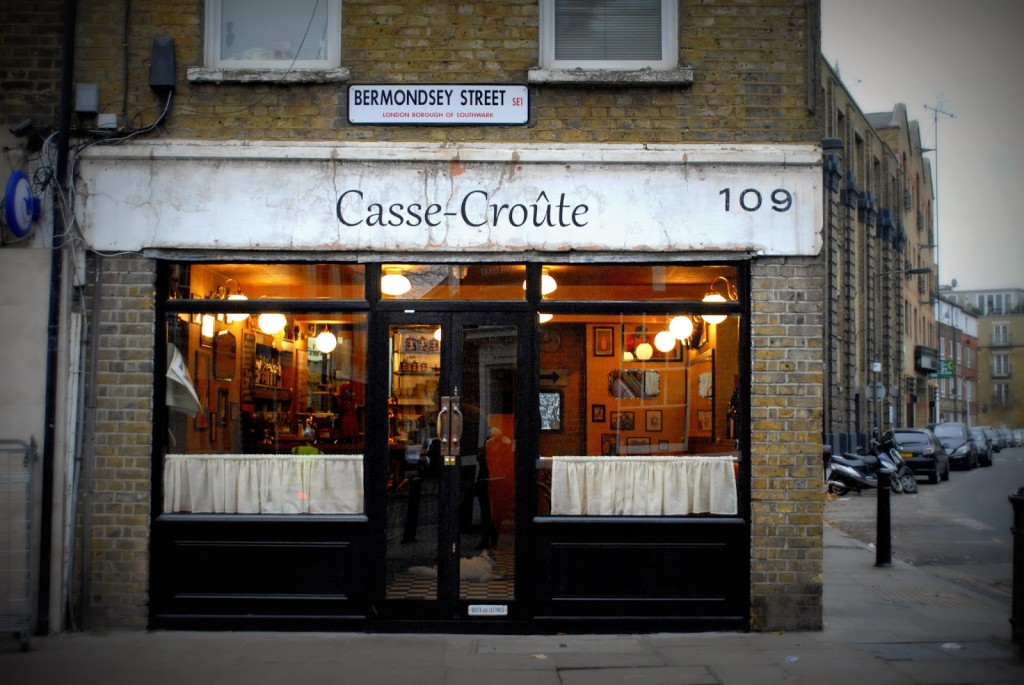 Long gone are the days when French gastronomy was revered and envied by us clueless Brits. There was a time when we felt so inferior to the Gallic culinary powerhouse, that we resorted to hackneyed jokes about their lack of war skills. No need these days. We now enjoy in Blighty a quality and diversity of cuisine unrivalled in most of the world, as well as having a rightly growing confidence in our own food culture. However, now and again, a French place pops up that reminds you why we thought they ruled the world of comestibles. Casse Croute is such a place. 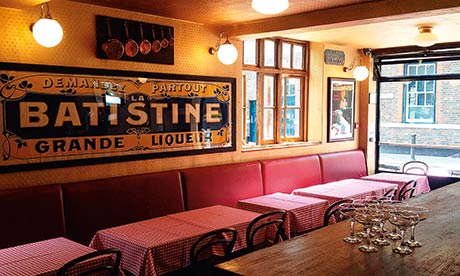 Not that the food is the best in the world or London, or probably even Bermondsey street, where you’ll find it just down from the lovely Garrison pub. All the same, the whole Casse Croute experience is executed with a casual charm, elan and flair that you can’t help but admire and enjoy. Bermondsey St is, of course, a well established foodie destination, put on the map by Jose Pizzaro and the nearby Maltby St and Borough Markets, but it was new territory for the GLC. The village-y, tumbledown charm of the street makes it somehow the ideal spot for a neighbourhood bistro like Casse Croute.

Ex-Morgan M head chef Sylvain Soulard is the man behind the menu which, at times, reads a little like a chalk-board version of what you might get at Cafe Rouge, yet still manages to leave you with a broad smile on your face (and only a very modest dent in your wallet). I started with the French onion soup, or “onion soup” as they call it in France. A rich, silky delight, complete with pleasingly cheesy crouton. My GLC compadres had the pigs trotters, which received mixed reviews and the soft boiled egg with smoked haddock, which garnered a more resounding thumbs up. For our mains, we shared a beautifully executed cote de beouf and some rich, hearty duck. Puddings, so often an afterthought, were sweet, soulful and generous, with the Ile Flottante perhaps the standout, its airy meringue floating in a sea of crème anglaise, like some post-global warming iceberg. 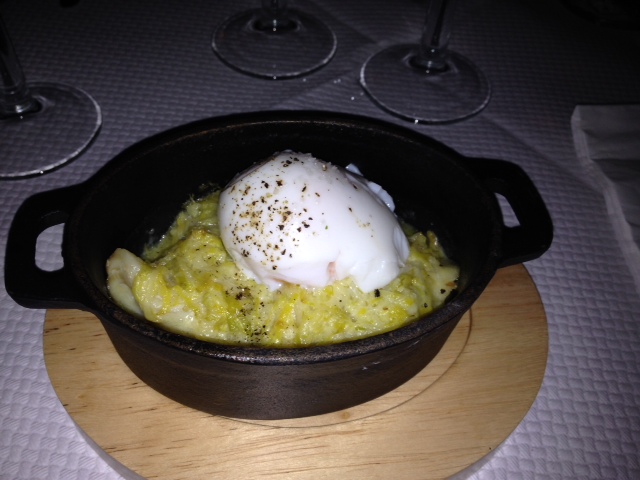 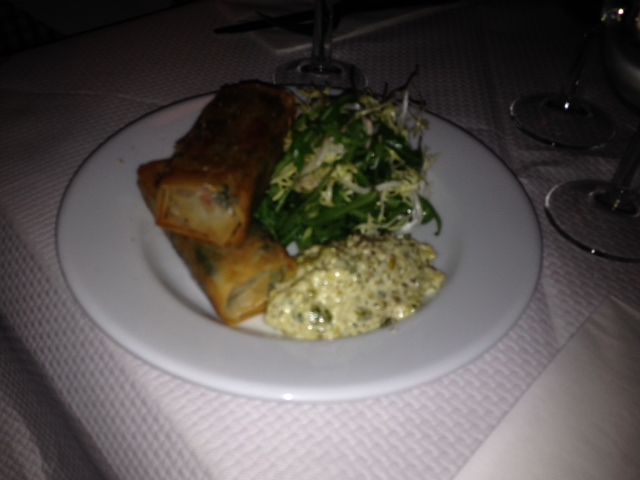 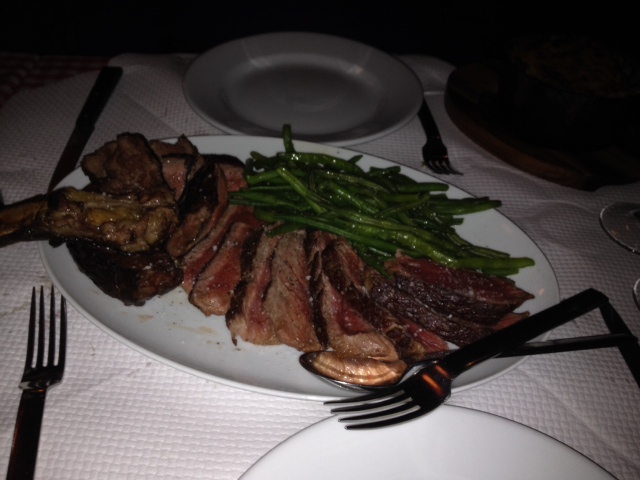 We left Casse Croute after a couple of hours of bon vivant, waxing drunkenly and positively about the food, staff, atmosphere and value for money. Had we not dipped into the head waiter’s special off-menu wine list (which he carries around in a notebook his pocket, scrawled in biro), we would have gotten out of there under budget for the first time in a long time. If you have a romantic notion of what a French bistro should be like, but have never quite been able to find it in Britain (or, in fact, France), I urge you to visit Casse Croute.
By Liam Plowman.