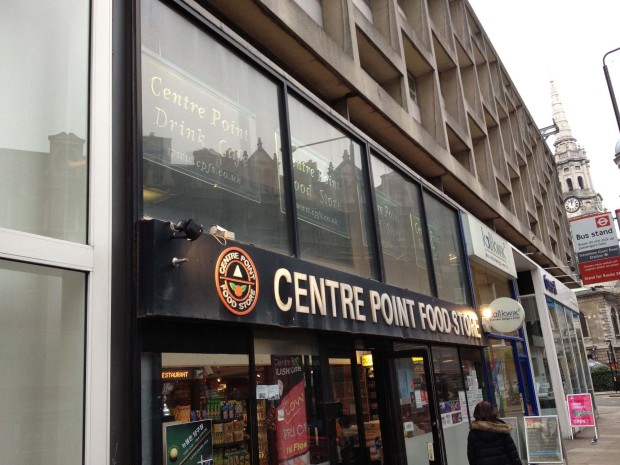 Unless it’s pointed out to you, Centre point Sushi is an easy restaurant to miss. Located opposite Centre Point near Tottenham Court Road tube station, Centre Point Sushi is situated above a Chinese ‘food store’. From the outside there’s no obvious signage to direct potential diners into this quaint little sushi restaurant.

I was lucky enough to find it courtesy of an agency I work with who are based around the corner. Although I must admit when they suggested we went out for lunch and took me there, I remember thinking, ‘this had better be good’. To explain; with no obvious signage, it does feel a bit random walking though a Chinese food store, to walk up a flight of stairs, through a set of doors into a sushi restaurant. 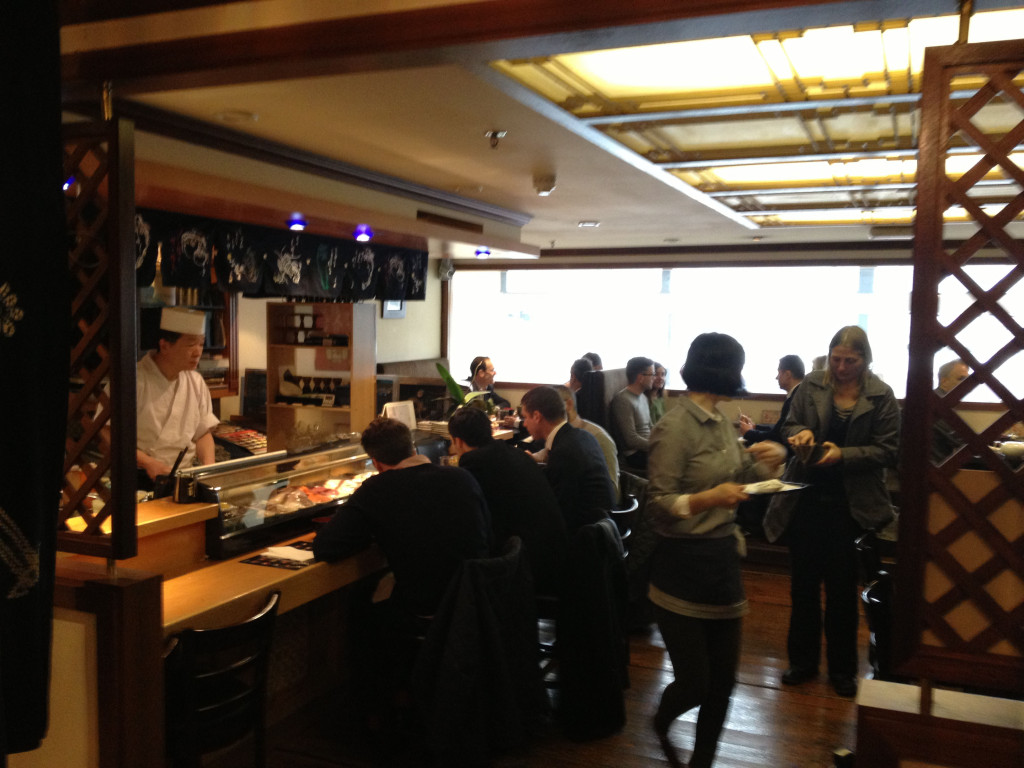 Once inside, there’s a nice homely feel to the place. There’s a sushi bar on one side of the small room manned by two chefs, a splattering of tables and three booths at the far end of the room looking back down onto the street. The menu is comprehensive, encompassing everything from chicken katsu curry through to bento boxes. We started with a portion of miso soup and a cup of oolong tea. The soup was a far departure from the watery efforts served by Pret et al and the oolong tea had a delicate smoky flavour. 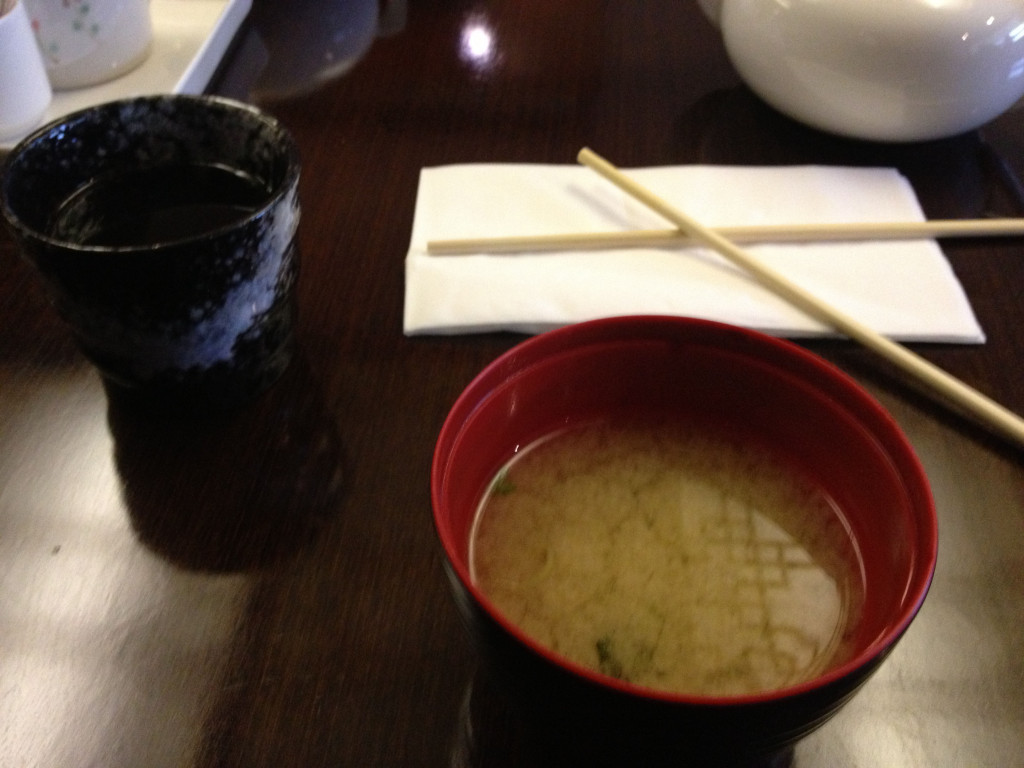 For main I opted for the Hana (special) bento box consisting of three assorted sashimi, four pieces of sushi, two croquette’s, a piece of fried chicken, a fried prawn, rice, fruits and a dip with three pickles, all for the princely sum of £13.50. 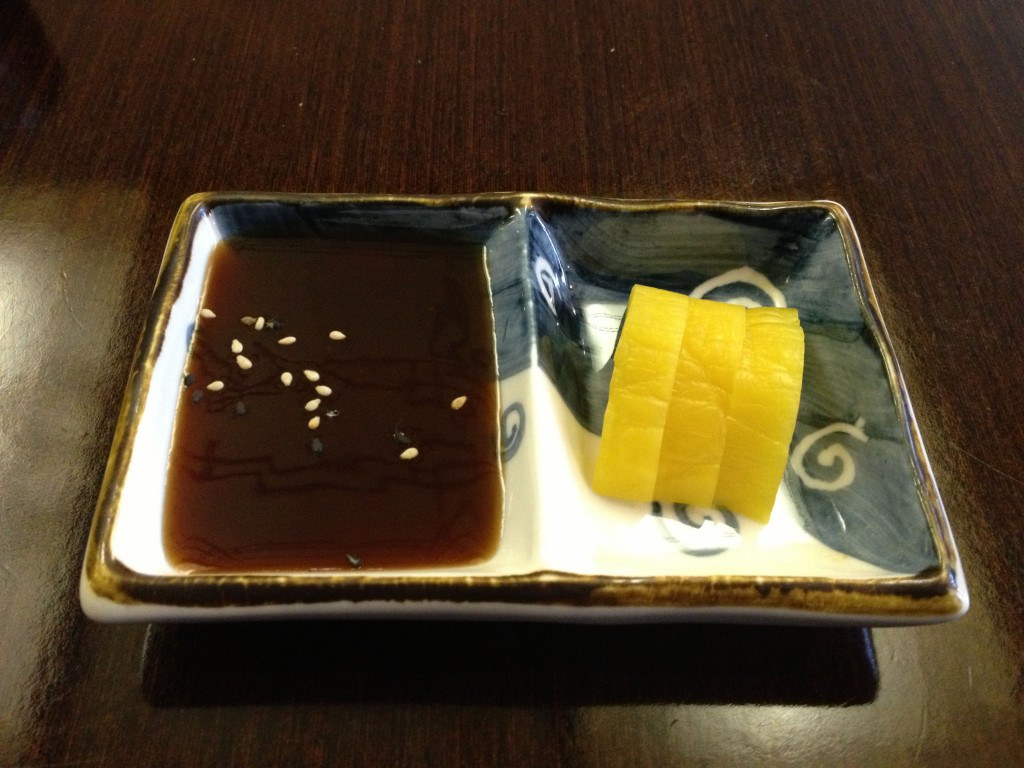 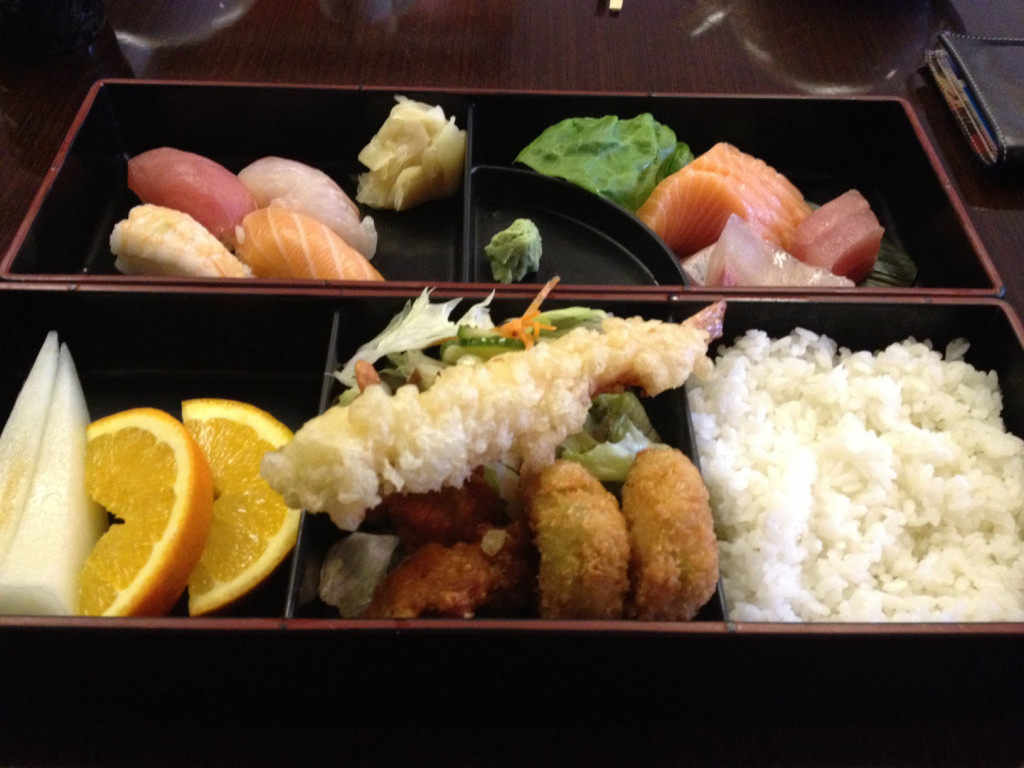 If that sounds like a lot of food, there’s a very good reason for that; it is. The sushi and sashimi tasted very fresh and were full of flavour. The chicken and prawns were fried in a light crispy batter, and the croquettes were fantastic. By the time we’d finished our bento boxes we were full to brim and after another cup of oolong tea we were on our way.