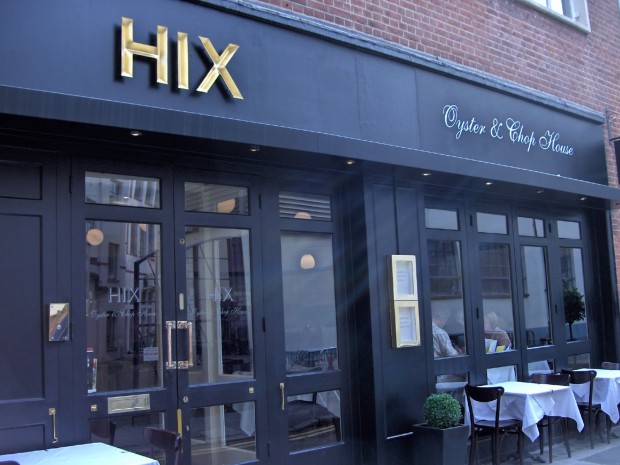 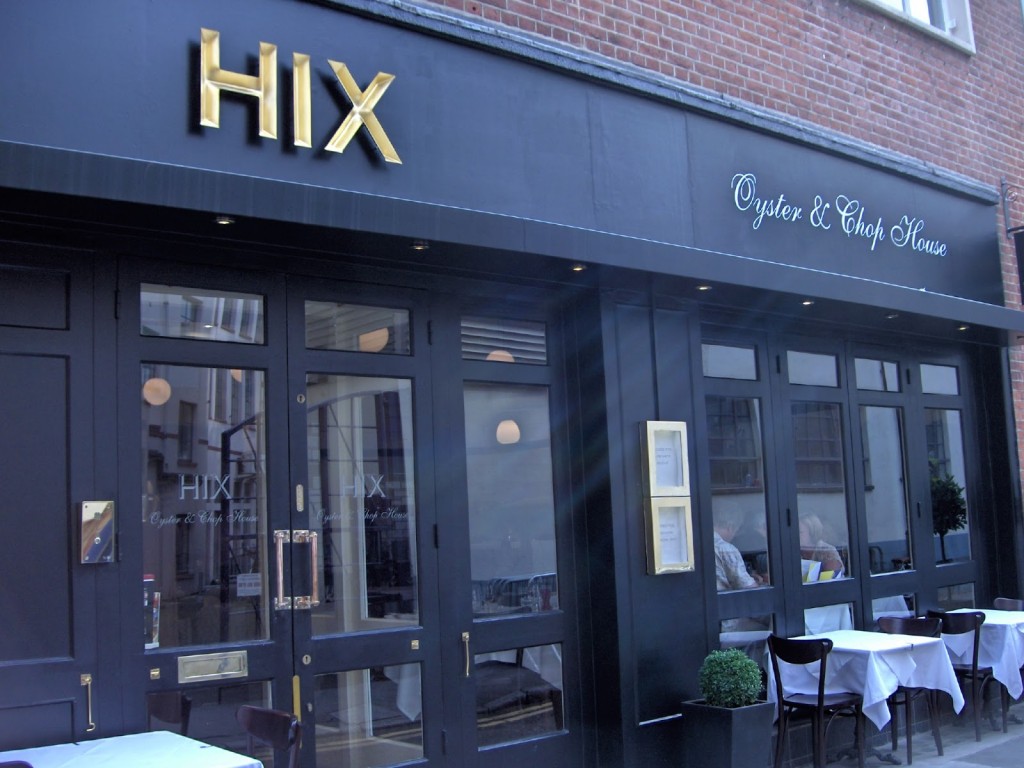 After the success of the first Gentlemen’s Luncheon Club (GLC) at Buen Ayre , we were all looking forward to our second gathering at HIX Oyster and Chop house near Smithfield Market, London’s historic meat market.

The chophouse has maintained many of the original features from its past life as a sausage factory and fish restaurant. The white tiled walls and wooden floors create an elegant and authentic dining room. On arrival we were told the menu reflects Mark Hix’s signature British style with seasonal dishes from around the British Isles.  Whilst perusing the menu, we discussed the validity of two commonly held ‘truths’.

Truth 1: When visiting an ‘oyster and chophouse’ it would be rude not to order oysters.

We went for a selection, the highlight of which were the rock oysters accompanied by Peter Gott’s spicy sausages – food always tastes better when someone is confident enough to put their name to the produce. The Manx queenies with cucumber and wild chervil (a mild herb similar to parsley) were also outstanding.

Truth 2: When visiting an ‘oyster and chophouse’ it would be rude not to order meat – or so we thought until Liam stunned us all by ordering fish (bearing in mind HIX was his choice). So following a brief debate about port fines, the rest of us tucked into the beef flank and oyster pie and 28 day aged South Devon Ruby red beef, both of which were truly sensational. If you’re feeling inspired the Hix Oyster & Chop House features 100 mouth-watering recipes for dishes that appear on the menu throughout the year and focuses on the ingredients that make Mark’s food particularly special. Recipes include enticing ideas for Starters, Soups, Fish, Meat, Desserts and Cocktails.