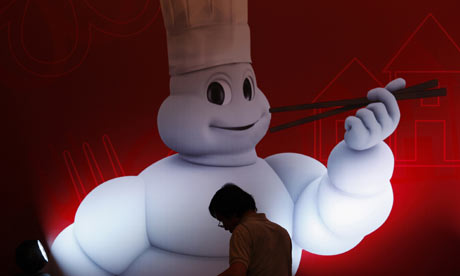 You’ve got to hand it to the French, they control a lot of governing bodies – quite how they maintain their grasp on world cycling and football is a mystery to most. Less of a mystery, although still controversial, is the annual application of new Michelin star restaurants.

Over the past 18 months, inspectors from the continent have visited the London candidates a minimum of four times. Each visit is anonymous and the inspectors write a report of each meal on a single side of A4. They score the restaurants for service, décor and location, plotting the quality of their meal on a graph. One star denotes very good cooking in its category, two stars mean excellent cooking “worth a detour”, and three stars represent exceptional cuisine “worth a journey”. So who are London’s winners?

Sketch has clearly been pulling out the stops, as they’ve increased to 2 stars. A number of restaurants all get their first Michelin star:

Tom Aikens has regained his Michelin star, but Gauthier Soho and Zafferano both lost theirs. As for new Bib Gourmands – which are recognised as good value places to eat – this year sees:

For more info on the new winners vist: London’s Michelin starred restaurants for 2013.