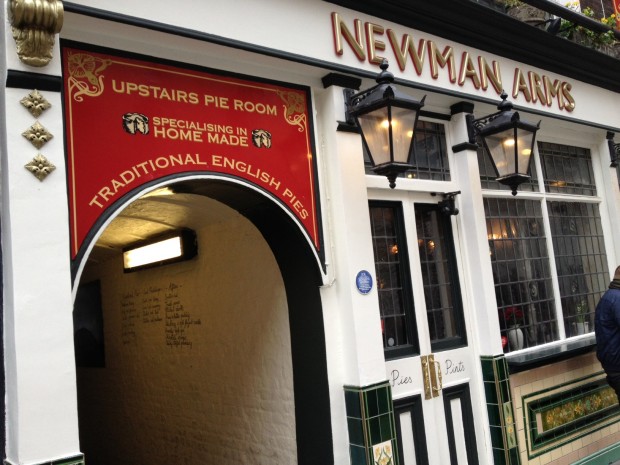 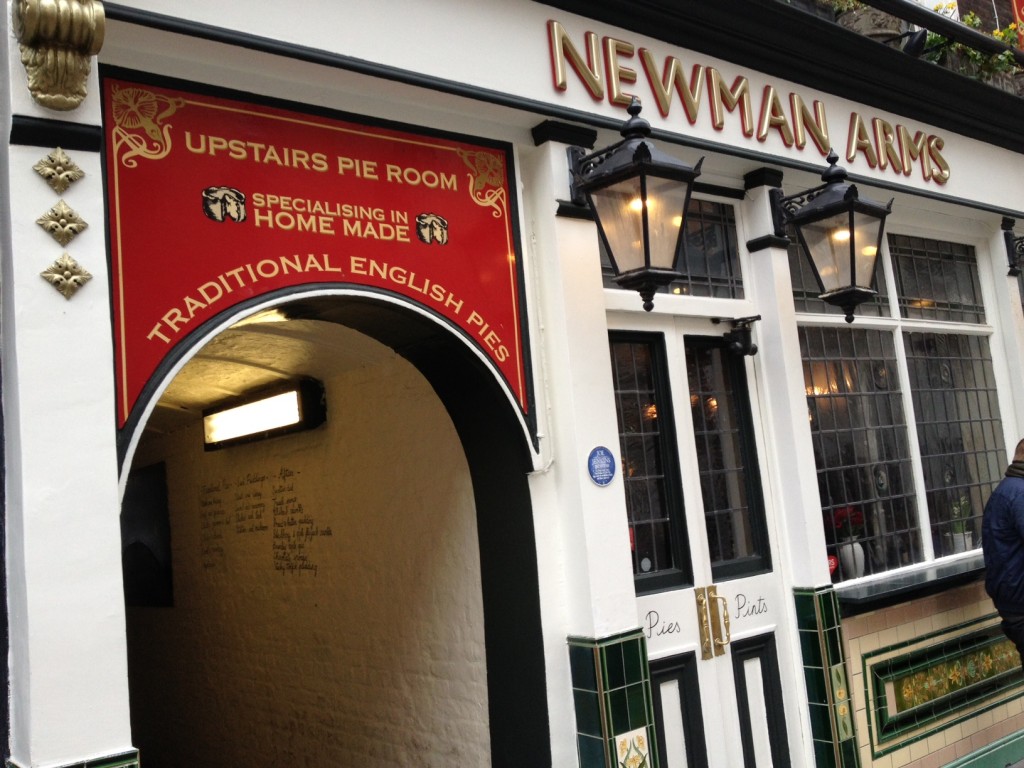 There’s something satisfying about the phrase; pie room. I like it when someone has enough confidence in their own pies to open a pie room, a room dedicated to pie’s, it’s brilliant. Located above the Newman Arms, just off Charlotte Street, this family run pie room is a quaint little place full of clothed wooden tables, a roaring open fire and various  ‘animal’ and ‘ship’ paraphernalia dotted around the wood panelled walls to create a lovely homely feel. 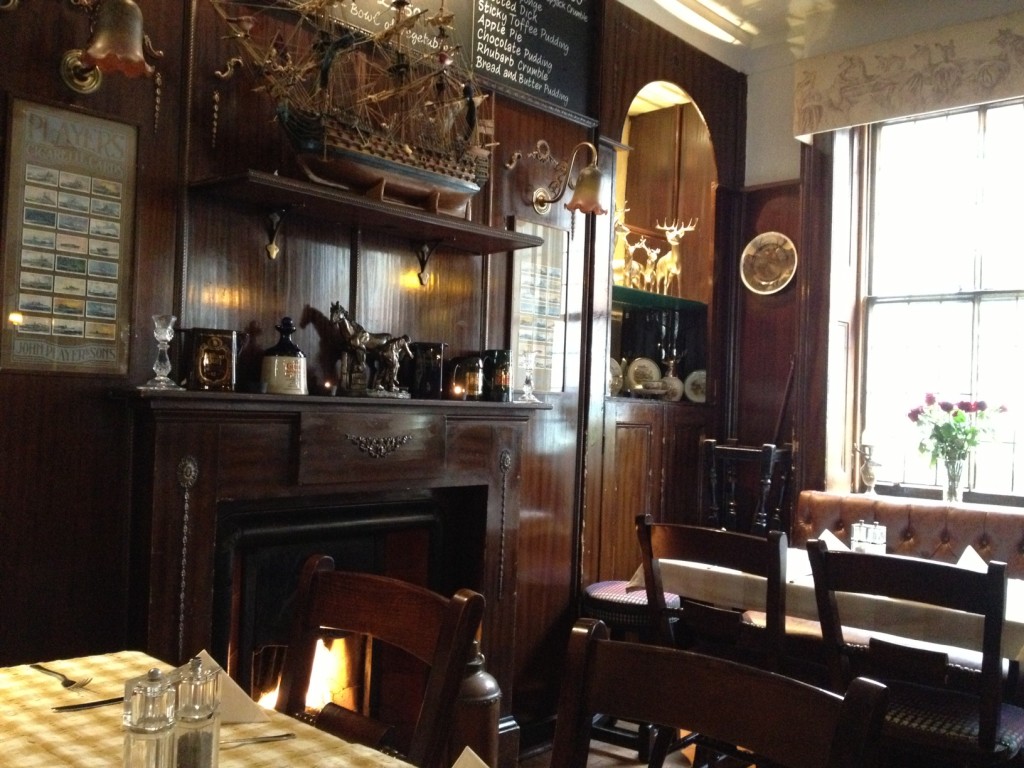 I’ve been a regular at the Newman Arms pie room for a number of years now and I know there’s a standard menu of half-a-dozen homemade pies that change with the seasons, along with a selection of specials. At this time of year the choices range from ‘beef and Guinness’ through to ‘steak and kidney’, with lighter pies such as chicken and asparagus introduced in the summer months. To make things even better, each pie is served with the choice of a puff-pastry or pudding top and are freshly baked for the ensuring days pie eating.

However, today was a day for the specials – game pie was on offer! Served on a blue and white china plate, with the usual accompaniment of vegetables the pie arrived with a puff pastry couldn’t have risen any further if it generated its own consciousness and tried itself. 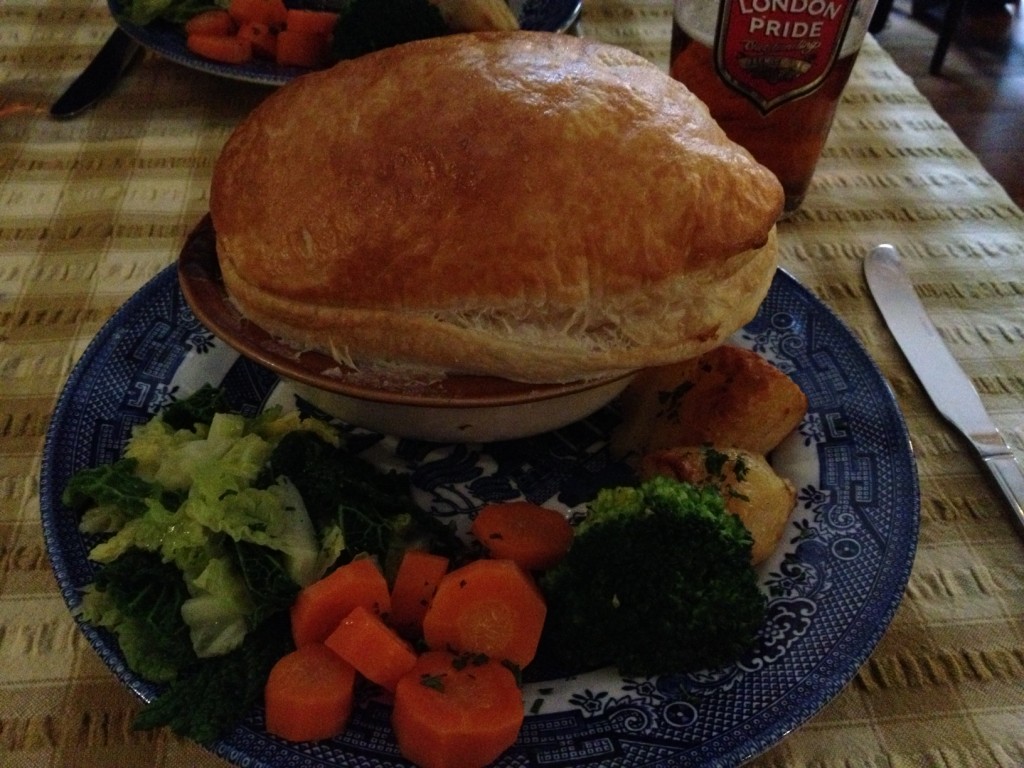 Underneath this culinary marvel was a selection of tender and wonderfully flavoursome medallions of venison, partridge and pheasant. With such strong flavours on offer it would be easy for the dish to overpower itself, but not this pie. The only criticism was the pie wasn’t bigger, it tasted so delicious we could have polished two off no problem.

Deserts are a must at the Pie Room

The good thing about genuine home cooking is the appeal, it’s a bit like being at your Nan’s house and being looked after for the afternoon, which makes having desert positively mandatory. 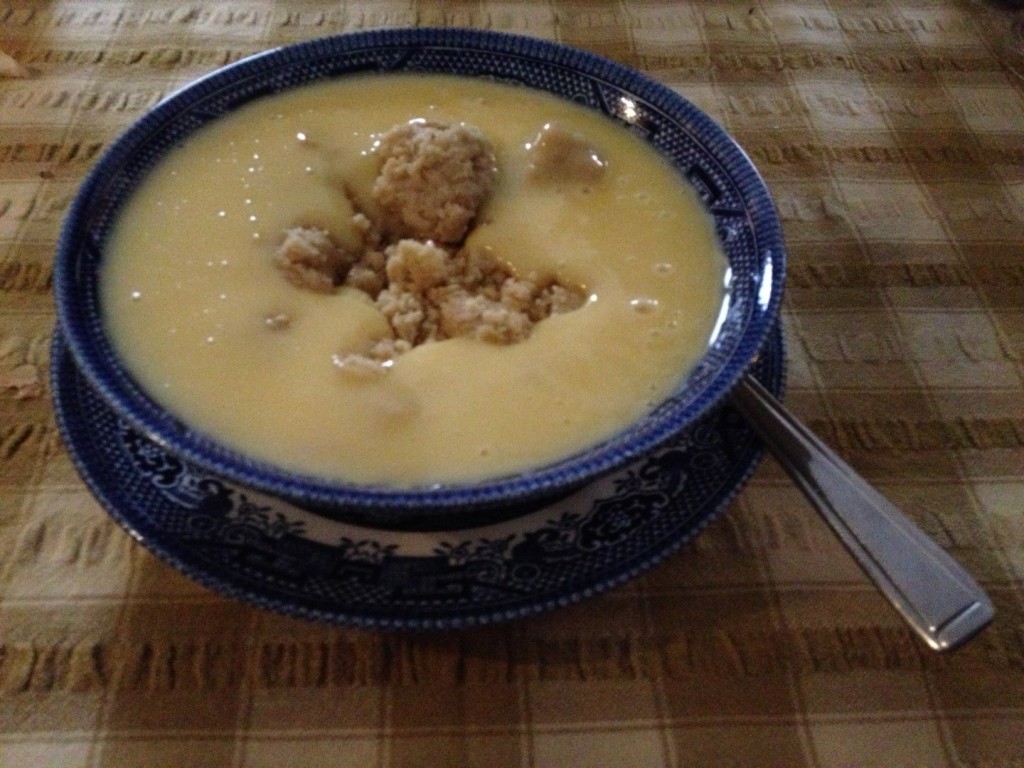 From the traditional choices on offer, we opted for the ‘bread and butter pudding’ and the ‘rhubarb crumble’ and as with the pies, a choice presents itself with deserts, namely do you want your desert served with custard, ice-cream or cream. Suffice to say we opted for custard served piping hot and felt suitably satisfied and not too full afterwards. I have to say the Newman Arms Pie Room is a lovely little place to wile away a couple of very enjoyable hours.