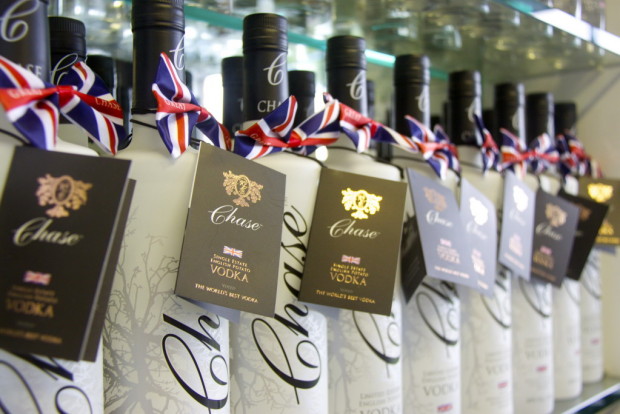 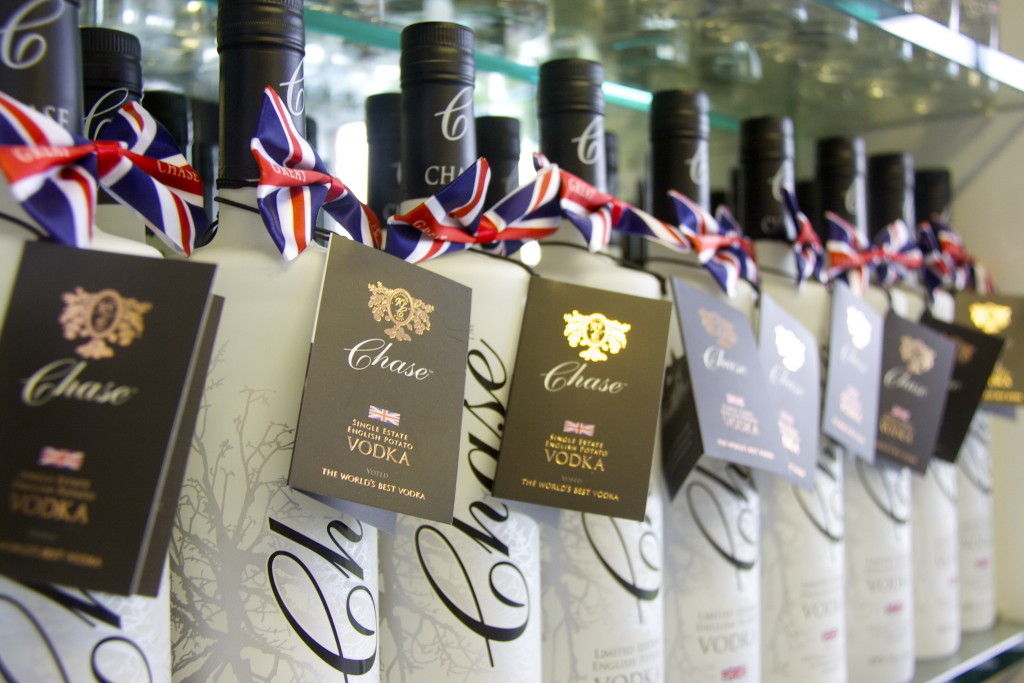 I love to observe the passing of 8 o’clock with a glass of top shelf vodka or gin. Ordinarily though, this is 8 pm rather than am. So, it was with trepidation that I put to my London foodie lips a glass of Chase smoked vodka at the breakfast time Eventrbrite Summer School with Chase Distillery. Fortunately, we had already been plied with juice, coffee and pastries by the lovely Pizza Pilgrim people, so my body managed to accommodate this tipple and I later had a very productive day at work, giving me an interesting window into what it must be like to be a high-functioning alcoholic.

How to distill Vodka and Gin

I was here to learn how to distill vodka and gin, using the soundest processes and principles, and who better to deliver those learnings than James Chase. His family’s story is a true inspiration to any aspiring food or drink producers out there. The Chase family business started as a potato farm, which produced modest returns before going bankrupt in 1996 after a big supermarket rejected a large consignment of their potatoes. Family patriarch, William Chase, decided he’d had enough of others making money from his low margin crop, bought a deep fat fryer and started to make…crisps. Tyrells, in fact. The first £1 bag of crisps on the UK market, priced at a point that almost had the family chased out of Herefordshire, but the brand of course continues to prosper today. 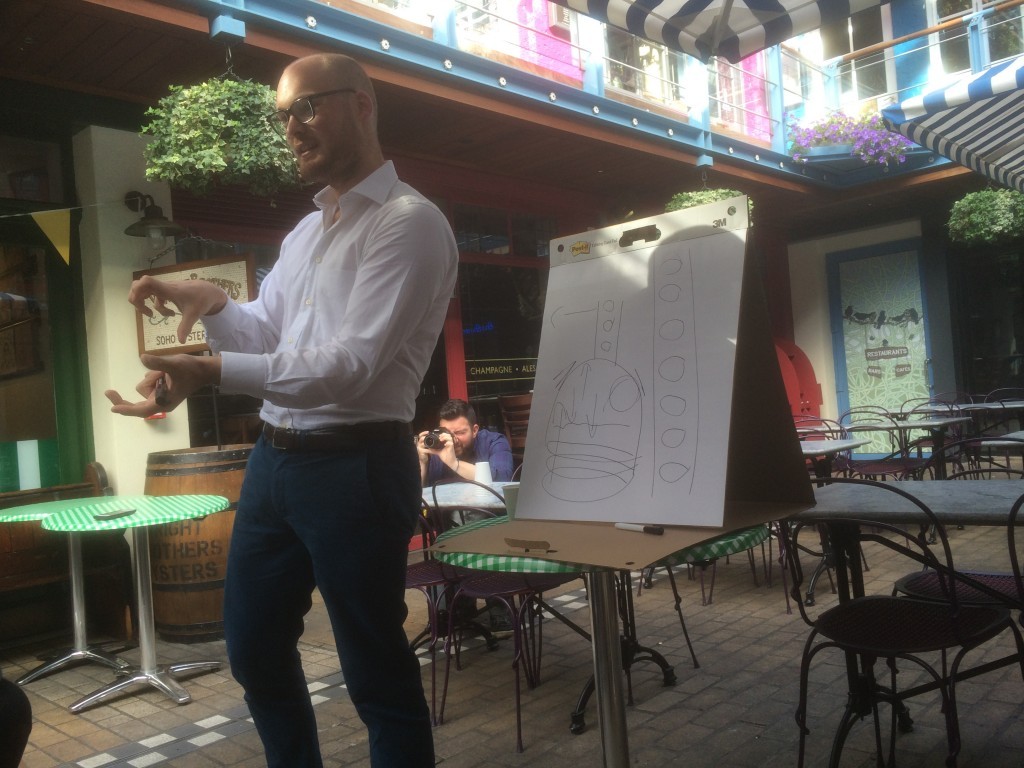 Potatoes from field to bottle

The Chases then went to the States looking for new ways to diversify and came back with the brilliantly simple idea of taking their potatoes from field to bottle…in the form of vodka. This was 2008 and, by 2010, Chase was voted World’s Best Vodka by the prestigious San Francisco Spirits Competition. Not bad going. Chase vodka now takes multiple forms (smoked, marmalade, rhubarb) and has been joined by a much-loved Chase gin. However, the family still adheres to the basic principles that make their product what it is. The provenance is second to none, with the vodka developing from potato seed through harvest, fermentation, distillation and bottling all on the Chase farm. This in stark contrast to most large scale commercial producers who buy in cheap grain or grain spirit which they then distill.

14kg of potatoes per bottle, vs 2kg of grain for a standard supermarket bottle

If you ever cock an eyebrow at the £30+ price of a bottle of Chase vs a supermarket vodka or gin just consider this – Chase use 14kg of potatoes per bottle, vs 2kg of grain for a standard supermarket bottle. Also, the tax man takes between £9 and £12 on a bottle (depending on strength), so if you are spending only a couple of quid more than that on a bottle then you are asking your liver and kidneys to deal with a very low quality product, laced with impurities. To ensure the high quality of their grog, Chase stick to some key tenets. Firstly, they use copper stills, which draw out impurities. Secondly, they use only the “hearts”  (the best bit) that come out of the distilling process, discarding the less pure “heads” and “tails” which often end up in cheaper vodkas and gins. Thirdly, they then do it all again, twice distilling their vodka before moving to the bottling stage or converting it to gin. 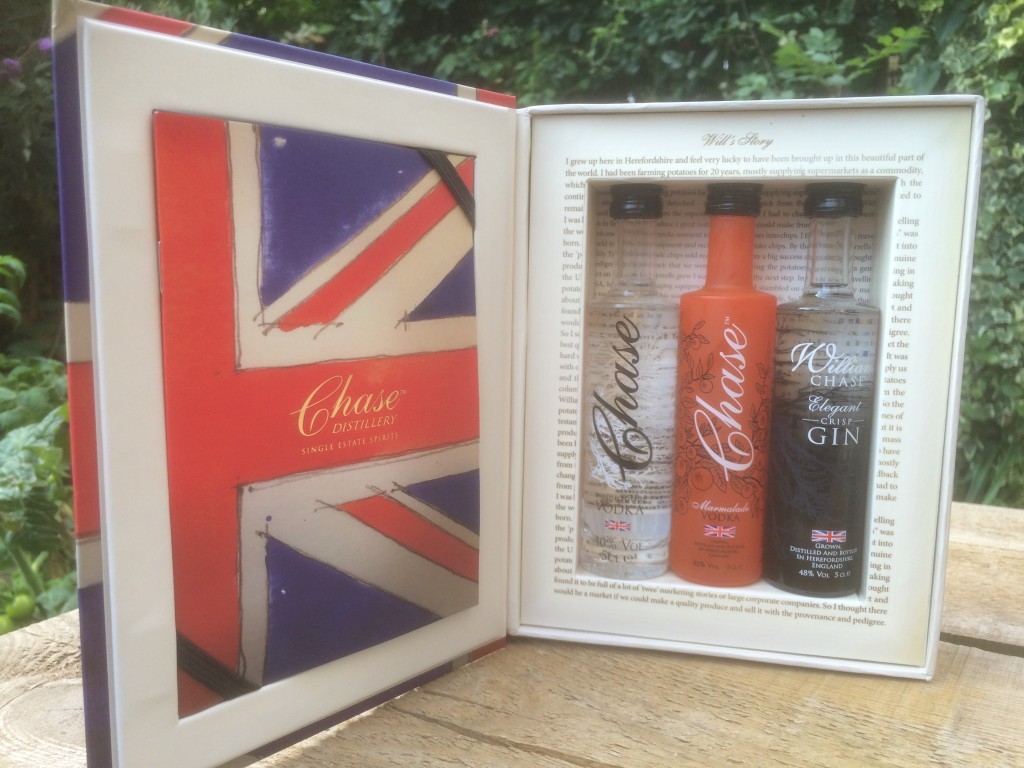 James emphasised that the speed of learning afforded by the internet means that starting a craft distillery is now more achievable than ever before. If any of our beloved readers do decide to jack in the day-job, invest in a copper still and start turning out premium vodkas and gins, they would do well to use the Chase approach as a template.